You are here: Home / About Us / Testimonials

A number of testimonials from S&D customers are presented below:

Mr. Sheridan of Kings Park, Glasgow had a Artificial Grass installation by the S&D Home Improvements team, in his garden and said "Synthetic grass is the best home improvement purchase we have ever made...."

Mr. Sheridan says, "Synthetic grass is the best home improvement purchase we have ever made. We wish we had done this a long time ago. Our children and their friends can play in the garden all year round.

The drainage previously was very poor despite a lot of work and two sets of re-turfing. The grass now dries very quickly after it has been raining.

It only took 4 days to lay, and it looks very realistic. Whilst I felt it was an expensive initial outlay, it has turned out to be an inexpensive option as there is no maintenance required, my lawnmower has seized up!

We would definitely recommend, particularly if you have a young family.

Mr. Leslie of Mount Vernon, Glasgow had a Sunroom installation

Mr. Leslie of Mount Vernon, Glasgow had a Sunroom installation by the S&D Home Improvements team, in his garden and said "To say we are thrilled is an understatement...."

Mr. Leslie says, We first met with Allister the surveyor, who did not give us any type of hard sell. He was direct and to the point and we liked what he had to offer. Joe the owner and Ian the architect gave us a detailed plan and timescale of how the job would progress, and we are glad to say it all went to plan. The construction took 6 weeks from start to end.

Initially we wanted a glass roof but Allister the surveyor advised against this offering a velux instead. We are delighted with the outcome.

Towards the end of the job we asked for loads of extras to be done, and the builders were all a fabulous bunch of guys who were all accommodating.

We cannot praise the company highly enough. This was built with the purpose of being an office but in actual fact, it is an office, conservatory, and sitting room. The planning, building and finish were all excellent. The place was left spotless. The lads also fixed a blocked toilet (which saved me money) whilst they were here.

To say we are thrilled is an understatement. The only complaint is from my partner as I spend too much time out here. I would recommend the company to anyone, and hope to use them again in the future.

Mrs Irons of Cambuslang, Glasgow had a Sunroom installation

Mrs Irons of Cambuslang, Glasgow had a Sunroom installation by the S&D Home Improvements team, and commented "We were delighted with the spec used, i.e. the Arran gas filled glazing which superseded our expectations."

Mrs Irons says, Many thanks for the fantastic job that you did on our sunroom extension.

The job took two weeks from start to end which as all involved were very professional and worked hard to complete the job efficiently.

We were delighted with the spec used, ie the Arran gas filled glazing which superseded our expectations.

Special thanks to Joe, Tony and Tom, for the great job and attention to detail. Tony also discovered a problem with an existing pipe which he fixed, saving us money.

We have recommended S&D Home Improvements to many of our friends and will continue to do so.

It was good to have workers who took pride in their work and who were conscientious and efficient. 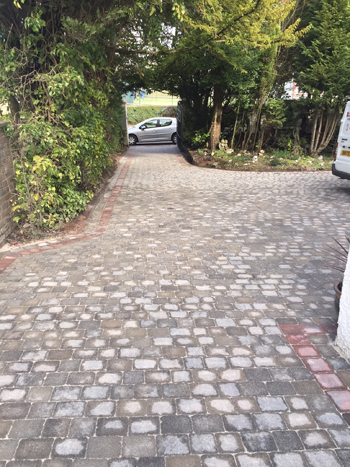 Very good logistics throughout the project and Brian was an excellent guide. 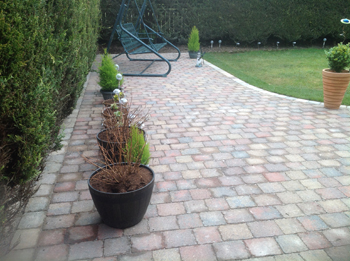 Timely, tidy and efficient. We are very happy with the work. 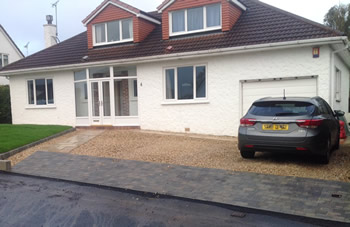 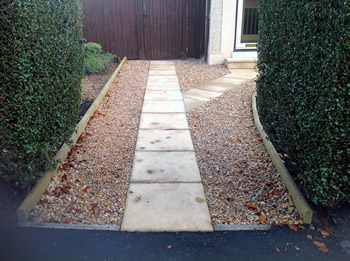 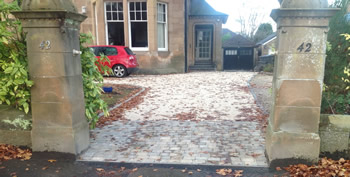 The whole operation from beginning to end was smooth and hassle free for me and the transformation and it's obvious to see the quality of the workmanship is of a high standard. I would absolutely have no hesitation in recommending S&Ds' services to others. 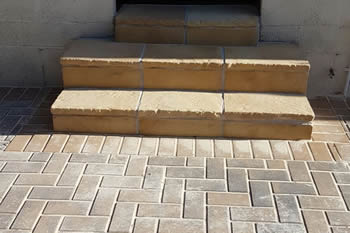 Excellent service throughout, informative staff who took genuine interest in what we were looking to do and more than willing to offer advice. The work was done quickly to a high standard. 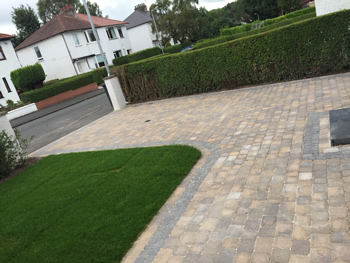